Which Areas of the Country Have the Greatest Need for Teachers?

Thanks to an ongoing teacher shortage, there are jobs out there for elementary through secondary school educators in just about every state. Although there are certain states, like California, where teacher shortages are particularly widespread and well-recognized, there are many states in which the majority of school districts are reporting shortfalls of qualified educators. In out-of-the-way rural areas and the often underfunded and overcrowded urban areas of many states, teaching positions are plentiful. 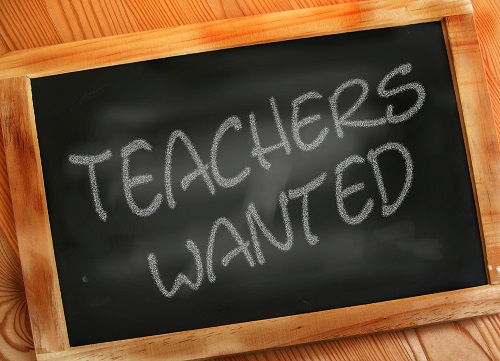 If teaching is your calling, then finding a job, once you have met educational and licensing requirements, shouldn’t be difficult. Teachers are in short supply across the United States. The biggest driving force behind the teacher shortage is the low wages offered by many states, but other factors, like loss of respect for the position and erosion of professional autonomy in the classroom, have also contributed, according to Forbes.

How states choose to solve this teacher shortage is a critical decision. On one hand, the governors of 22 states proposed raising teachers’ salaries in early 2019, according to Education Week. Nearly 70 percent of states have succeeded in passing legislation to do so. On the other hand, some states have chosen to cope with the shortage not by enticing more professionals into the field but instead by dropping the level of qualification needed to work as a teacher, according to The Washington Post. This strategy is bad for students and could even deter would-be teaching majors from pursuing the degree and the career path.

From 1990 through now, every state in the nation has seen a shortage in at least one geographic area, grade level or content area, according to the U.S. Department of Education. In particular, many states and school districts are having trouble finding qualified instructors to teach mathematics, special education, science, foreign language and English as a second language (ESL). School districts in poverty-stricken and disadvantaged areas are particularly likely to see shortages, according to the National Education Association (NEA).

Besides the wealth of opportunities, there are benefits to teaching in documented teacher shortage areas. Under certain circumstances, teachers may qualify for forgiveness or cancellation of their student loan debt, the U.S. Department of Education reported.

The Teacher Shortage in California

In California, the shortage is not only pronounced but also getting worse. As the most highly populated state in the U.S., it stands to reason that California needs a lot of teachers. In fact, the state has the highest level of employment of both elementary and secondary school teachers, at 162,440 and 112,960, respectively, according to the United States Bureau of Labor Statistics (BLS). Yet those numbers aren’t nearly enough. Eight out of 10 California school districts reporting a shortage and 90 percent of districts asserted that the problem was worse than in previous years.

Almost one-third of California’s teachers are approaching retirement age. This, combined with the turnover due to the same factors that are driving teachers out of the profession across the U.S., means that that state expects to need to hire 100,000 teachers over just 10 years. The question is, will there be enough credentialed, qualified teachers to fill these roles?

In addition to paying teachers wages well above the national average – $60,477, according to the NEA – the state has invested tens of millions of dollars into teacher training and credentialing, recruitment and retention and professional development.

Nevada, Illinois and Beyond

In Washington state, where the shortfall of teachers is particularly pronounced in rural areas, school districts are hiring at rates much faster than a decade ago. However, due to shortages of qualified teachers, they are hiring many candidates without teaching credentials under what the state calls “limited certificates.”

The teacher shortage has impacted almost every school district in the state of Illinois. Even in states like Massachusetts, where the overall teacher shortage is far less critical than in other areas, the troubles in finding educators to teach ESL, foreign language, science, math and special education classes persist.

States across the U.S. are expanding their options for alternative routes to acquiring teaching certifications and boosting teacher starting salaries in an effort to attract teachers to the geographic regions that have been hit hardest by the teacher shortage.

Which Areas of the Country Pay Their Public School Teachers the Most?

What Is Teach For America?

What Are the Differences Between a Charter School and a Public School?