Can You Be a Good Economist While Being Bad at Math?

The field of economics is one of the highest-paying bachelor’s degrees. If you’re interested in this career but aren’t good at math, you might be concerned that economics isn’t an option for you. Economists do utilize math in their job, but that isn’t the only skill they use. According to the United States Bureau of Labor Statistics (BLS), four important qualities economists should have are analytical skills, critical-thinking skills, speaking skills and writing skills. You cultivate strong skills in all of these areas even if you are “bad” at math.

There’s definitely a math component to analyzing data, but it would be a mistake to assume analytical skills only involve math. Calculations aren’t the only aspect of analyzing data that economists perform. This part of the job also calls for pattern recognition, something you might excel at even if you struggle with making mathematical calculations. Economists working for financial institutions might analyze data to determine the risks of investments, while those working at the local, state or federal government level might analyze data to understand how legislation and policies might impact employment or other aspects of the economy.

One place where labor economists might find work is with the BLS, where they analyze data about different job occupations.

Putting Your Critical-Thinking Skills to Use

Just knowing what the data says isn’t enough. As an economist, you will need to use logic to interpret what you’ve learned and put this knowledge to use. A good economist has the critical-thinking skills to use their analysis of data to recommend ways to solve or avoid problems.

Many economists focus on the practical application of economic policy to a specific area, such as labor, transportation, energy or even health. Through their skills in critical, logical thinking, they formulate sound advice about what should be done to address problems in their area of specialization and why, based on data. Other economists combine their analytical skills with their critical-thinking skills to develop theories about the causes of different economic effects. Devising these theories is the first step to making changes for the better – like solving problems and finding ways to produce desired results and trends.

Economists working for a corporation put their knowledge of the economy to use to best maximize their company’s profits.

Your ability to convey in words the results of your data doesn’t require much math at all. In fact, translating the quantitative data into useful, plain-language action items requires a whole different set of skills: communication. This skill is vital, because having raw data and even the quantitative results of an in-depth analysis does your employer little good if you can’t explain your findings in a way that they will understand.

Academic economists, in particular, really need to have good public speaking skills. These economists split their workload between teaching and research. While analytical skills and critical-thinking skills are a must for research, great speaking skills are necessary in the classroom. You need strong verbal communication skills to get the lecture across to students and skills in reading and tailoring your communication to your audience to make sure students understand what is being covered.

Economists sometimes present information to the public. If their presentation is hard to follow for an audience without a background in economics, it does little good to the general population. 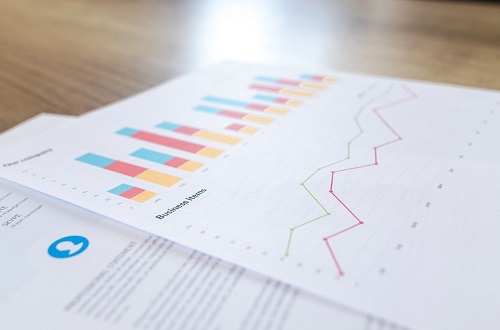 Having strong writing skills is useful for economists, who often need to write reports about their findings. Making sure the information presented in a written report is clear and concise is important – particularly because, when the information is presented in written format, your audience can’t simply raise a hand to ask you for clarification.

Some economists write for publications that go out to the general public. While coworkers and employers might have a basic understanding of economics, the general population might not. These writings might need more explanations about economic suggestions or warnings to make sure the message is clear to its readers.

Math skills aren’t the only skills that matter when studying economics, but math is part of the curriculum. When you major in economics, you should expect to confront math in courses like statistics, quantitative theory in macroeconomics and microeconomics, introductory econometrics and econometric methods and models.

Although you can graduate with fewer quantitative courses in a B.A. program, be prepared to take other courses, such as intermediate-level courses in a foreign language, to satisfy the arts and humanities focus of this liberal arts-based degree.

Will There Be Much Repetition in the Master’s Program if I Studied Economics as an Undergraduate?

Would a Master’s in Economics, Generally Speaking, Make Me Appealing to International Companies?

In What Kind of Areas Will a Master’s in Economics Open Doors for Me?