Is It Dangerous to Be a Corrections Officer?

Although there’s the potential for harm in every employment setting, some jobs are far more dangerous than others. As it happens, correctional officer is one of the occupations with the highest rate of injuries and illnesses reported, according to the United States Bureau of Labor Statistics (BLS). Although correctional facilities have security measures in place to prevent breaches and protect workers, there are dangers involved in working in this setting, and particularly in being the one responsible for supervising inmates who have committed violent crimes. In addition to the threat of physical injuries, corrections officers are prone to developing post-traumatic stress disorder, suffering burnout due to the stress of the work and developing problems sleeping and other health conditions. 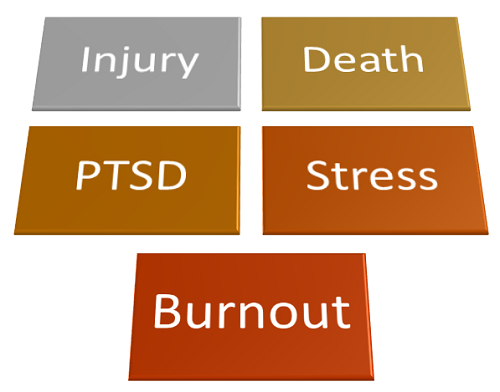 Among all protective service occupations, there were 10,000 nonfatal occupational injuries in 2018, the most recent year for which the Injuries, Illnesses, and Fatalities (IIF) program of the BLS has complete data. Correctional officers and jailers accounted for 360 of these injury cases – more than animal control workers (60), private investigators (100) and firefighters (260). The job appears to be injury-prone than that of police officer, which accounts for 430 of the nonfatal occupational injuries, and protective service supervisor, which accounts for 560 injuries.

Protective service workers as a whole suffered an additional 270 fatal occupational injuries in 2018. Correctional officers accounted for 11 of these deaths, more than private investigators (just one) and detectives and criminal investigators (6) but fewer than firefighters (32), security guards (58) and police officers (108).

The potential dangers usually come from the inmates themselves, but riots and acts of violence intentionally targeting guards aren’t the only threats. Corrections officers may suffer injuries as they attempt to break up fights between inmates, as well. Statistically, most corrections officers will be seriously assaulted twice in their careers, according to The Houston Chronicle.

To help reduce the risks to correctional officers, prisons adopt safety protocols and procedures and incorporate self-defense training into their academy training curriculum.

In addition to the risks to a corrections officer’s physical health, there are dangers to mental and emotional wellbeing, as well. In fact, researchers have learned that as many as 19 percent of correctional officers develop symptoms of post-traumatic stress disorder (PTSD), on par with the levels of PTSD found in war zones, The Houston Chronicle reported.

PTSD can be debilitating, leaving sufferers with such strong feelings of anxiety and depression and such intense flashbacks that it becomes difficult to live your life. Corrections officers who experience a traumatic event in the course of their work are the ones most likely to develop PTSD, but trauma is subjective and may develop from perceived threats as well as actual threats. Being surrounded in a prison riot can precipitate PTSD, but so can being injured breaking up a fight, witnessing a prisoner attempt to kill themselves or someone else or being threatened by an inmate, The Houston Chronicle reported. 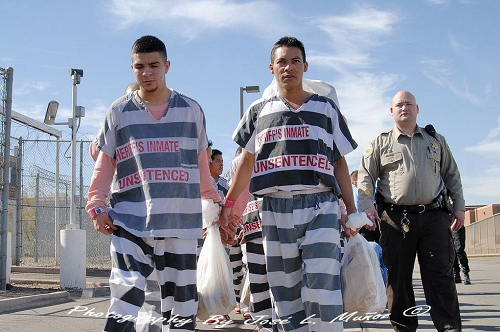 Even if you never get injured on the job or experience a trauma that leads you to develop PTSD, you can develop negative health consequences from the stress of your job as a corrections officer. The stress of this occupation affects workers in numerous ways. The impact of a lifetime of shift work on your sleep schedule may mean more than being constantly tired. It can raise your risks of serious health conditions. The constant exposure to violence may lead to depression, drug and alcohol abuse and even domestic violence in an officer’s home life.

Some corrections officers leave the profession due to burnout, but retiring or switching jobs may not be enough to cope with the stress. Sadly, stress-related health conditions or suicidal behaviors often claim the lives of current or former corrections officers, The Houston Chronicle reported.

Although corrections officers have exceptionally high rates of suicide, stress, depression, anxiety, PTSD and drug and alcohol abuse, there is support out there to help workers cope with the stress of this important career, including support groups and therapy.

What Are the Bad Parts of Being a Corrections Officer?

What Is the Career Outlook for Corrections Officers?

What Is a Typical Salary for a Corrections Officer?