What Kind of Degree Should I Get if I Want to Get Into the Field of Virtual Reality? 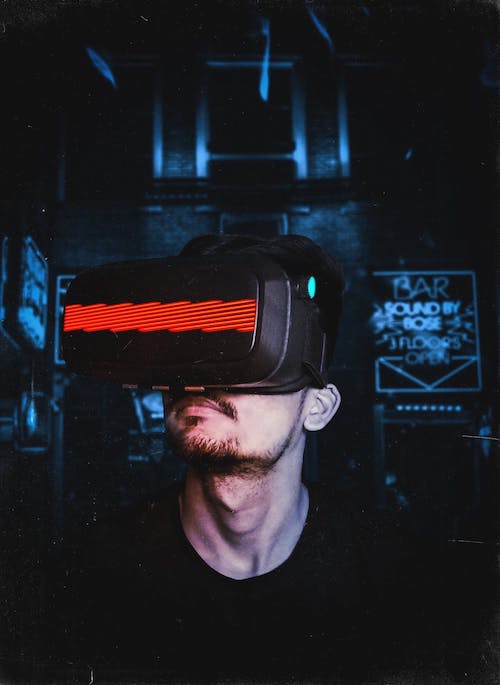 Students wanting to embrace the arrival of immersion technology may wonder what kind of degree should be earned if wanting to get into the field of virtual reality. Unfortunately, there are not many programs available that are specifically focused around virtual reality, so unless lucky enough to find and get into one of those programs students will need to major in a relevant related field. Here are some of the degrees students who want to work in the field of virtual reality can consider getting.

Degree programs specifically in virtual reality are still very rare. Forbes announced when the first virtual reality degree program started to be offered in 2018. These programs are likely to become more common as the years go on and the field develops. Students who want to major in virtual reality will likely have to do some serious searching before finding a program. If they’re lucky, they can get in and focus their college education around this topic specifically. These programs teach students about all aspects of virtual reality technology including creating rendered environments, developing narrative experiences, the engineering that goes into the devices, how VR interacts with the human brain and more. Hopefully, more colleges and universities will add these types of programs in the coming years.

Immersive reality programs run on computers, making a computer science degree another good bet for getting into this emerging field. Computer science is a broad discipline that encompasses many different aspects of the usage of computers and understanding how they work. Programming and coding will be required to create simulations of all varieties, and people with a background in computer science will be needed to understand and troubleshoot these devices as they become more readily available. Computer science degrees will help graduates learn how to develop software for immersive reality as well as understand computer networking principles that are used with these devices and programs. Because no one is quite sure what the future of virtual reality will bring, a degree in computer science provides a solid foundation on which to start.

Many students love video games and want to make a career out of their passion. Because virtual reality is, at the moment, largely confined to the gaming industry, degrees centered around gaming are a good first step towards a career in virtual reality. An animation degree will equip students with the skills they need to create realistic 3D animated characters and environments for video games, which is knowledge that can easily be transferred to VR. Creating simulated worlds with 3D animations is not going to be confined to video games either. VR will almost certainly soon be used heavily in the medical, education and forensics sectors, which will require animations. The Guardian predicts it will likely be used for other entertainment purposes such as film, music and sport as well.

Electrical engineers design and develop electrical equipment, which includes both computers and immersive reality machines. This degree is a good choice for students who are interested in building the VR machines of tomorrow. Electrical engineers will constantly be looking for ways to upgrade and improve the design and performance of virtual reality equipment. A degree in this subject will provide students with an education on the basics of circuitry, mechanics and electrical theory. The best programs per the Bureau of Labor Statistics will provide extensive hands-on experience and either require an internship or offer a cooperative program where students can both learn and get practical work experience.

Virtual reality is going to advance by leaps and bounds in the coming years to the point where it may directly interface with the human brain itself. A degree in bioengineering could be very useful with this future in mind as manufacturers may need to create biological components to get full functionality out of virtual reality offerings. A degree in bioengineering may also prove to be very useful for designing virtual reality for medical use, as there is likely to be significant crossover between the two fields. Neuroscience is the study of the human brain and how it functions. As virtual reality develops and becomes more closely intertwined with the brain, a background in neuroscience will be invaluable in understanding how VR interfaces with the human brain and how the brain is affected by the usage of VR. Neuroscience also includes the study of the human nervous system, which may become more involved with VR in the coming years as developers look to connect sensory experiences in VR directly to the body.

Should A Master’s Degree Be Considered?

When it comes to postgraduate education, the question of what kind of degree should I get if I want to get into the field of virtual reality becomes less clear. This is a tough question to answer because there is no standard educational path for becoming a virtual reality professional. It is not yet known what kind of degree employers will want for particular positions, especially for jobs that don’t even exist yet. Students who want to be involved in research, higher education or on the cutting edge of innovation and advancement might want to consider a master’s degree or higher in their chosen subject that is related to VR. Other students can safely stick with a bachelor’s degree for now. It will always be possible to go back to school if the degrees of today ultimately don’t end up being suitable for the virtual reality jobs of tomorrow. Positions such as 3D animators, for example, are not likely to need a master’s degree while a neuroscientist studying the effects of VR on the human brain probably will.