Before you go to graduate school for computer science – one of the highest-paying master’s degrees – you will want to develop the abilities and aptitudes that will help you succeed in this course of study. In your undergraduate studies and even earlier, during high school, some of the subjects that you should focus on include math, physics and other branches of science and computers and programming.

If you want to study computer science at the graduate level, having strong skills in math can help. Mathematics plays a crucial part in the theoretical foundations of computer science as well as in essential practical skills like programming. Computer science students with strong math skills often perform better in their studies in this field, particularly when it comes to programming. Generally, this isn’t because programming itself requires a lot of high-level mathematical equations but rather due to the importance of methodical, logical thinking in programming.

As an undergraduate student, taking at least two semesters of calculus and a semester each of linear algebra and probability and statistics can set you up for success in a master’s in computer science program. You shouldn’t wait until college to start beefing up your math skills. Ideally, high school students interested in computer science should take college-preparatory level math classes each year until they graduate with their diploma. If you really want to get a feel for what a college-level math class will be like, consider taking one or more Advanced Placement math courses, such as AP Calculus or AP Statistics.

Problem-solving is a huge focus of programming and of computer science more generally, and the skills in logic and reasoning that students gain by studying mathematics tend to facilitate real-world problem-solving.

Physics and Other Sciences 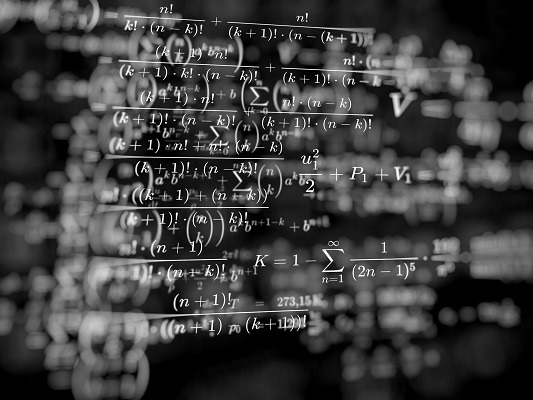 Math isn’t the only of the STEM (science, technology, engineering and mathematics) subjects that pertain to your computer science degree. Science coursework, in general, is valuable for an aspiring computer science professional. It’s a particularly good idea for undergraduates to take a college-level in physics, a math-heavy branch of science that seeks to understand matter, motion, energy and the forces that explain the behavior of the natural world. Although prior physics coursework may or may not be a requirement to get into master’s in computer science programs, these subjects are so closely related that some colleges offer joint undergraduate degree programs in physics and computer science.

Topics in physics that may be of interest to computer science professionals include the workings of electrical circuits and systems. The fields of physics and computer science overlap in some ways. For example, physicists use programming in their work in computer modeling, while computer science professionals might need a knowledge of physics to successfully create the physics engine software used in video games. Physics engines are what allow games to achieve realistic motion and behavior of characters and their opponents, weapons and other objects in the world around them.

Physics isn’t the only science course you may benefit from taking prior to going to graduate school for computer science. You might also benefit from studying biology, which can help you prepare for bioinformatics coursework, and a course in engineering fundamentals.

Perhaps the most important abilities you should focus on strengthening prior to enrolling in a master’s degree program in computer science are your computer skills. The more you know about computers going into this field, the better. Even before you get to college, you should try to cultivate strong computer skills.

At the very least, this means taking classes in keyboarding and basic computer literacy in high school. Schools are increasingly integrating programming and computer science concepts into kindergarten through twelfth-grade curricula. Teaching computer science concepts even to elementary school students doesn’t only prepare students for potential future careers working with computers but also helps them learn new ways to think and learn, the International Society for Technology in Education reported. Of course, taking some computer science and programming coursework in your undergraduate studies, even if you aren’t majoring in computer science, is good preparation for future graduate studies in the field.

Having a well-rounded education is important for developing the soft skills, like communications and critical thinking, that are beneficial in computer science. This includes a college-prep curriculum in high school and general education courses in college.

How Strong Do My Math Skills Need to Be So I Can Be Successful at Computer Science?

Is Computer Science More Difficult Than Other Fields?

Can I Really Get a Job in Any Field With a Degree in Computer Science?