Is This the Golden Age of Job Hopping?

Is This the Golden Age of Job Hopping?

It used to be that people who had a habit of job hopping were considered unemployable, or at the very least, a big hiring risk. After all, if they left all those other jobs, won’t they just leave the new one, too? Thanks in part to the millennial generation, that mind-set may be on its way out.

How Long Are We Staying?

The answer to that depends, in large part, on the worker’s age. But the economy also has held back some workers from seeking new employment.

Median years of tenure with current employer, workers 16 and older (1)

On that pace, the average millennial would have 15-20 jobs in their lifetime. (2)

Increasingly, workers don’t believe that changing jobs often is bad for your career.

Whether they stay in a job for a decade or leave it after a year, employees tend to want similar things out of a job, especially when job hopping.

On the Hunt: Tips for a Successful Job Search

So you’ve decided to hop over to a new employer? Make your job search easier.
Join a corporate talent network: Increasingly, companies are creating online talent networks to keep in

touch with candidates and let them know about job openings.

Ask for feedback: Many rejected candidates don’t follow up and ask employers for feedback on why they weren’t selected for the position.

Don’t disqualify yourself: Companies want qualified candidates, that’s true, but they’re also willing to make an investment in talented people who may have some but not all of the skills needed for the job. After all, even the most qualified candidate will have to be trained at least a little.

Be positive: Don’t take job rejection as a rejection of you as a person.

Network: This is a “duh” tip by now, right? Rely on your strong network of peers and industry friends to help you find leads on jobs.

Be discreet: Unless you’re willing to have a potentially uncomfortable conversation with your current employer, keep your job hunting off the clock.

Follow the jobs: Keep up-to-date on national and local trends in employment. No sense hunting for jobs in an industry that’s dried up. 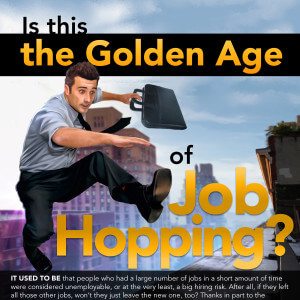