What exactly is a Criminologist?

It’s imperative to understand the origin and definition of the term, before examining the profession of criminology.

Criminology is the study of crime by taking the cause and effects of society into consideration. The etymology of the word criminology derives from a combination of Latin and Greek. The first seven letters come from the Latin crimen, meaning accusation. The Ancient Greek verb krino preceded the Latin word. Logia derives from Greek to denote “the study of.” However, derived from Ancient Greek, the word logos meant word, reason, or plan.

One of the first academics to study criminal behavior was an Italian criminologist, Raffaele Garofalo (1851-1934), who believed that scientific methods could apply to the study of crime. As a criminologist and jurist, Mr. Garofalo opined that crime was immoral and damaging to society. His theories contradicted his mentor, Cesare Lombroso, also an Italian criminologist. Lombroso, a surgeon by degree, believed in anthropological criminology. Meaning, there were born criminals identifiable by physical or congenital disabilities.

The purpose of criminology is to determine the causes of criminal behavior. The analysis of said behavior leads to the development of the means to prevent further crimes. Through the societal impact of illegal activity, the criminologist strives to improve the treatment of the victims and the criminals.

As an aspiring criminologist, you may encounter references to the schools of thought within the profession. There are three principal approaches to its study. They are as follows:

The Italian criminologist and economist, Cesare Beccari, was a proponent of this school. His theories revolved around the belief that individuals have free will to act according to what satisfies them. Anyone who breaks the law should be punished in proportion to the degree of the offense. Mr. Beccari believed that the severity of the punishment would act as a deterrent against further crime.

By the late 1800s, the positivists contended that the classical school was too simplistic. This group opined that internal and external factors influenced criminals. The adherents of this school expanded the anthropological approach to include environmental or societal elements into the causes of crime.

As the name suggests, this school originated in the sociology department at the University of Chicago in the 1920s. Criminologists will likely face this theory in their practice as it involved the effects of the social environment on crime. Neighborhood activity, such as exposure to crime and delinquent behavior, poverty, race, gender, and culture affect illegal activity.

Where do Criminologists Work?

Training and education in sociology, psychology, and criminal justice take you into a variety of jobs. Some work independently as consultants for police departments, sheriffs’ offices, State Departments of Rehabilitation and Correction, or State Highway Patrols. The FBI, CIA, DEA, and the Secret Service are other employment possibilities. Those with advanced degrees in psychology may have a private counseling practice, as well as being an independent contractor for a law enforcement agency. 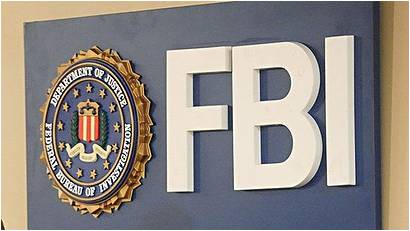 Criminologists work as intelligence analysts in the collection and deciphering of crime data to determine patterns in criminal activity. All of the alphabet governmental agencies mentioned above employ analysts to thwart domestic and foreign acts of terrorism. Also, the Director of National Intelligence, through the Office of the Director of National Intelligence, works with the intelligence agencies of the Department of Defense.

Academic settings are another source of jobs in this field. Universities seek individuals with degrees in criminology or related discipline to teach and conduct research. Typically, these positions require a Ph.D. or doctoral students.

Many jobs in the arena of criminology involve a diverse range of degrees to meet the qualifications. For example, a private security firm in New York City posted a job on Indeed for a Corporate Risk Agent. The successful candidate will conduct risk consulting and investigations for their corporate clients. This particular posting stipulates an Associate degree in criminology, criminal justice, political science, national security, or related field. Therefore, you have the option of degree choices to become a criminologist. Other degree options, disregarding this job posting, are a bachelor’s or master’s in sociology, psychology, or behavioral science.

A forensic criminologist is another branch to consider. It is unrelated to crime scene forensics, which involves collecting, analyzing, and documenting evidence. In the role of forensic criminology, you examine the prison system, courts, and law enforcement practices. The result of the analysis is to recommend changes in laws, policies, and legal procedures in the criminal justice system.

There are memberships worthy of attention:

American Society of Criminology (ASC): Membership is open to students, as well as practitioners and professors. The Society began as the National Association of College Police Training Officials in 1941.

International Society of Criminology (ISC): It too welcomes students, practitioners, and scholars to their study of crime and criminal justice. The organization began in Rome, Italy, in 1937.

Western Society of Criminology (WSC): This organization was the Western Division of the ASC until 1976. The WSC split from the ASC after the Board Meeting in February 1976. Founded in 1973, it offers membership to academics, students, government officials, and practitioners.