How do I apply to become a police officer? 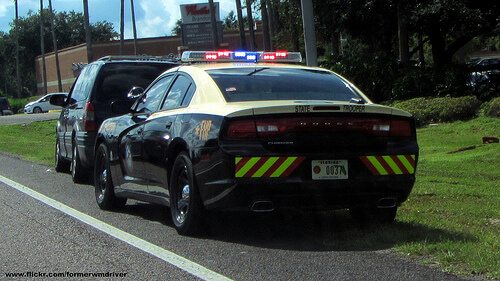 Police Officer, for this article, refers to law enforcement personnel who serve at a police department. The majority work in major metropolitan areas, such as New York, Chicago, Los Angeles, Miami, Atlanta, and many others. We will look at the application process of some of these cities to illustrate what it takes to apply for a police academy. Many of the requirements are similar.

The U.S. Bureau of Labor Statistics (BLS) lumps Police and Detectives into one occupation. The 2018 data state that 808,700 work in the profession, which has a 5% growth rate over ten years through 2028. That percentage translates to a change in 37,500 jobs or a relatively small amount of 3,750 per year. Depending on your locale, the prospects of entering the police academy could be dire.

NYPD, for example, has a minimum age of 21 for acceptance into the academy. However, you may take the Police Officer’s Entrance Exam at seventeen and a half. The oldest you are eligible to sit for the exam is thirty-five. The Chicago Police Department (CPD) extends the maximum age to forty.

Before applying to any police department, make sure you satisfy all of the requirements. Otherwise, you will waste your time and the department’s resources.

Continuing with the CPD as an example, it also demands that you have at least 60 semester hours from an accredited college or university. If not, you require three years of active duty or one year with a minimum of 30 semester hours. Applicants must also have a valid driver’s license, be a Chicago resident, and be a permanent resident of the United States. Citizenship is not mandatory. New York, in contrast, does require U.S. citizenship. This particular qualifier will differ by each police academy.

A further illustration of the similarities and differences is that NYPD does require applicants to have at least 60 semester hours. Houston PD requires 48 semesters hours. Houston also emphasizes that candidates have at least 36 months of full-time employment, in any field, in the past 48 months.

Another variance in the application process is the entrance exam. The exam is separate from written and oral psychological exams administered by academies. Consider the fact that you will undergo a medical exam and, in some cases, a physical agility test. All of the requirements are part of the vetting process to weed out ineligible applicants. The criminal background check may eliminate prospective officers. A Class A Misdemeanor or Felony, dishonorable discharge from the military, DUIs, drug use, and violent tendencies are disqualifiers.

The NYPD exam tutorial includes an example. On one page, there is a photograph of a commercial area with several storefronts with signs and other details. You have five minutes to study and photo, after which there are thirteen questions. These questions ask about specific information in the photo, such as a phone number on one of the signs. The entire test consists of 40 questions with a sixty-minute time limit.

Before applying to an academy, you can take a Police Practice Test. One of these is available at tests.com. Kaplan is another site that offers a free police practice entrance exam. Kaplan has been in the business of helping people prepare for tests for 80 years! A third source is jobtestprep.com, which has practice tests tailored to the state in which you plan to apply. This site is not free; however, for $88, you have three months’ access to the tests. At the website for California, you will see the requirement for the major cities and the California Highway Patrol (CHP). Jobtestprep may provide some of the most comprehensive information related to testing procedures and the hiring process.

Unlike many occupations, applying to become a police officer is a multi-step endeavor. You must meet all the eligibility requirements and qualifications. Failure of one leads to elimination from consideration to enter a police academy.