How Old Should I Be When I Start to Learn How to Code in Order to Get a Master’s in Computer Science?

To earn a master’s in computer science – one of the highest-paying master’s degrees – you will need to develop coding skills. It’s in your best interests not to wait until you apply to graduate school to begin learning the basic skills of computer programming. It takes considerable time to master the skills of programming, so the earlier you start learning to code, the better.

Is There a Right Age to Learn Programming?

Developing the skills for computer programming isn’t easy. Many computer science students struggle with learning to code, especially if they tend to have weaker than average skills in mathematics. However, starting to study the basics of coding is a valuable endeavor for just about anyone of any age.

The ideal age to learn coding is still up for debate, but educators and experts generally agree that early exposure to the STEM (science, technology, engineering and mathematics) principles that form the foundations of coding is beneficial. If you weren’t exposed to the principles of programming in elementary school, then look for opportunities to start learning in middle school, or high school, or at the start of your college career.

While it’s generally ideal to start learning this valuable skill earlier, there’s also no cutoff age after which you’re “too old” to learn to code. Many aspiring computer science students hesitate to apply because they fear that they may already be too old to learn programming, even at as young an age as 20. What you should know is that it’s never too late to learn something new.

In fact, even people in their 60s, 70s and even 80s have undertaken the challenge of learning how to code, according to The New York Times. Whether you’re seeking to make a career change, take up a new hobby, gain the skills to work on a personal project or just exercise your brain, learning to program when you’re older is a worthwhile pursuit that you can accomplish through formal studies or informal resources like books, videos and interactive programs.

One reason people fear being too old to learn coding is that developers, on average, are young. The average age for developers is just 28 in Silicon Valley and 31 across the U.S., Business Insider reported. In India, the average developer is just 25 years old.

By the time you get to graduate school, picking up coding skills will be extremely difficult if you’re attempting it for the first time. It can sometimes take students several programming courses to learn to master coding. Since master’s degree programs are considerably shorter than bachelor’s degree programs, this doesn’t give you much time if you’re not yet familiar with coding when your graduate program begins.

This warning doesn’t mean you have to give up on your ambitions of earning a master’s in computer science, but you may need to put it off a little longer. Giving yourself some time to take a couple of basic computer programming courses or engage in some independent study of coding can put you on a better path to success in your computer science studies.

Having prior coding knowledge, even if it wasn’t part of a formal degree program, can help you get into graduate school. Many master’s in computer science programs expect applicants to have a working knowledge of a general-purpose programming language.

Learning to Code at a Young Age 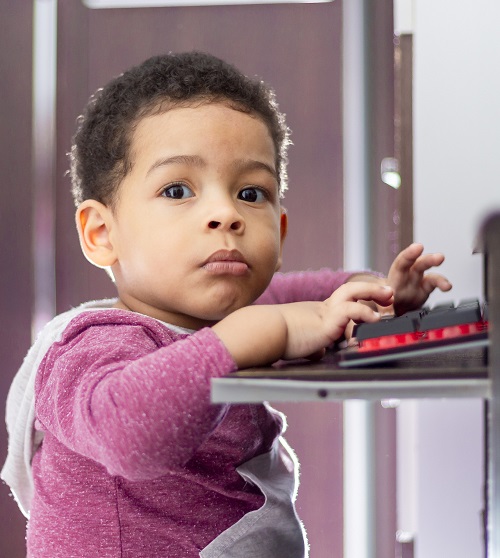 How young is too young to learn computer programming? While toddlers won’t be writing their own algorithms, programming artificial intelligence systems or developing websites anytime soon, you might be surprised at the ages children can begin to learn basic coding concepts. The International Society for Technology in Education has supported integrating computer science concepts into the elementary school curriculum, including programs for students as young as kindergarteners.

Naturally, students in the five-year-old to ten-year-old age range won’t be delving deep into the complexities of advanced computer science theory or undertaking difficult programming projects independently. However, programs like ScratchJr are basic introductory programming languages that kids as young as five can use for interactive play, storytelling and creative expression.

Even if you’re past the elementary school age, you’re not too late to start learning to code. Students in high school, for example, can enroll in free online courses or take a community college course in programming over the summer.

It isn’t only children who can learn to code from kids’ programs, games and toys. These tools tend to be simple and engaging for all ages, not to mention being fun.

Does a Degree in Computer Science Matter More Than My Natural Ability to Code?