Can I Get Into Law Enforcement If I Have a Felony on My Record?

A criminal background check is part of the hiring process to become a law enforcement officer. Having a felony on your record may cause you to wonder if you can still pursue a career in law enforcement. How a felony will impact your opportunities depends on a lot of factors, from whether you were convicted or merely arrested to the precise nature of the offense and whether it can be expunged. Although a felony may prevent you from moving forward with the law enforcement career of your dreams in certain situations, there may also be civilian protective service career options that you can pursue. 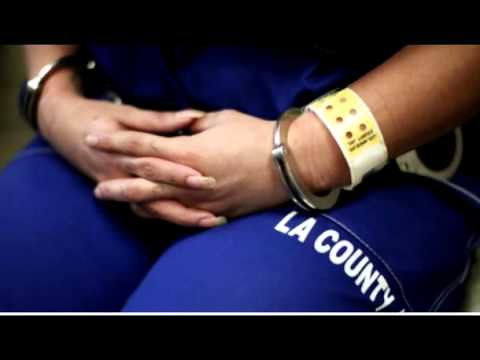 IMAGE SOURCE: “Prison Inmate handcuffed” by JobsForFelonsHub is licensed under CC BY 2.0

When discussing how felonies affect law enforcement career opportunities, it’s important to differentiate between an arrest and a conviction. Being taken into custody and then charged with a felony crime is a very different situation than being convicted and sentenced for it.

The criminal justice system rests on the ideology that individuals charged with a crime are innocent until proven guilty. If you haven’t been proven guilty, or convicted, of a crime, merely being arrested and charged with one may not appear on your record at all. If it does, you may have the opportunity to explain what happened – and why you weren’t convicted – to a prospective employer.

A felony conviction, however, will certainly show up in the results of a background check. While many employers will overlook misdemeanors on the record of a correctional officer applicant, especially if they occurred some time ago, felony convictions are more serious and more likely to hold you back. Don’t even consider lying about a conviction on your correctional officer application, which can itself be considered a serious and punishable offense.

Although an arrest isn’t the same as a conviction on your record, it may still be reported in the news. If you have been arrested in the past, you should be prepared for the possibility that your prospective employer will know about your arrest and want an explanation before considering your application.

Getting a Felony Conviction Expunged

If the trouble you got into was of a low-level felony nature, you may have the option to explore expungement. When a conviction is expunged, it is officially removed, erased or sealed from your criminal record.

Not all felony convictions are permitted to be expunged, and the procedures for expungement vary from state to state. Generally, Class A felonies – dangerous crimes in which a death, assault or other act of violence is an element – are often ineligible for expungement. Having a crime expunged also requires both time and money. In Missouri, for instance, you can’t pursue expungement until 3 years after completing your sentence for a misdemeanor or 7 years after completing your sentence for a felony. There may also be limits on the number of convictions that an individual can apply to have expunged as well as filing costs and surcharges involved in the expungement procedure.

While expungement, pardon and other ways of sealing records and erasing convictions are valid paths to pursue, you should know that the states with the strictest requirements may still prohibit your employment in law enforcement even if your conviction was expunged.

If your past felony offense resulted in a conviction too severe to be eligible for expungement or to be overlooked by your prospective employer, you may have to face the fact that a career as a police officer is out of reach. However, there are numerous civilian career options that require many of the same skills and job duties as traditional law enforcement roles and offer a similar level of fulfillment and job satisfaction.

When you imagine a career in law enforcement, you probably think about police positions with local, state or federal government entities. As a sworn officer of law enforcement, these officers have the authority to make arrests within their jurisdiction. Sworn law enforcement officers are also the ones most likely to be required to have a clean criminal record. Civilian law enforcement roles often have less strict requirements.

Choosing a civilian law enforcement role may allow you to really pursue your passion, whether that’s helping get truant schoolchildren back in the classroom or using your hacking skills for good as a computer forensic examiner.

If I Have Committed a Felony, Can I Still Become a Corrections Officer?

What Are the Qualifications to Work in Law Enforcement?

How Do I Become a Police Detective?