How can MOOCs help with my Degree?

MOOC is the acronym for Massive Open Online Courses. Virtual classrooms that mimic many of the elements of traditional college classes, MOOCs also incorporate the unique advantages that come from virtually unlimited online storage, collaboration, and streaming bandwidth. The classes are at prices far less than traditional educational channels. 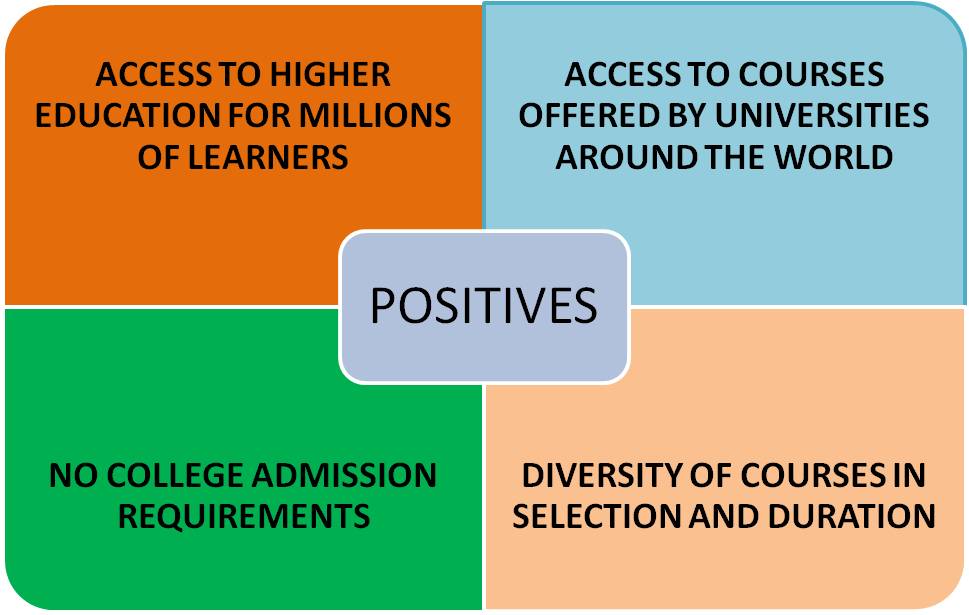 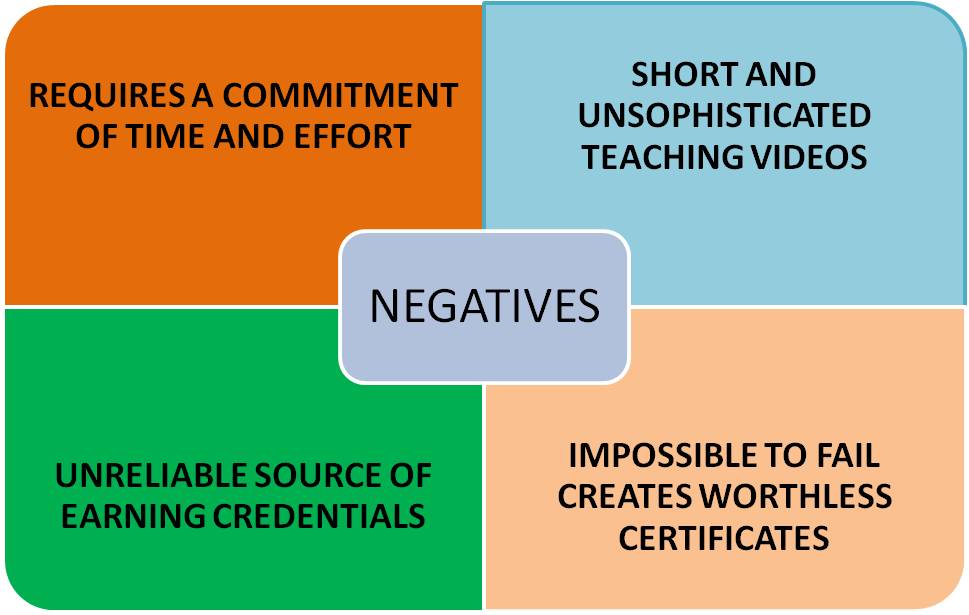 Between 2012 and 2015, over 25 million people from around the world have enrolled in Massive Open Online Courses (MOOCs). Unfortunately, expectations tempered when research revealed that only a small percentage (4% from one study) of these millions completed the courses. Approximately 80% already had at least a bachelor’s degree, nearly 60% worked full-time, and 60% came from developed countries.

Around 23 million new learners signed up for their first MOOC in 2017, taking the total number of learners to 81 million. The top 5 are: Coursera, edX, XuetangX, Udacity, and FutureLearn. To date, over 800 universities around the world have launched at least one MOOC. MOOC providers are also partnering with companies (mostly tech) to launch courses.

Coursera’s Specializations lead the pack with over 250 credentials; followed by edX with around 170 credentials split across 4 types: MicroMasters, Xseries, Professional Certificate, and Professional Education.

On a brighter note, research, as reported in Forbes magazine in September 2015, demonstrated that among learners who complete courses, MOOCs do have a real impact: 72% of survey respondents reported career benefits and 61% reported educational benefits.

One reason people enroll in these courses is to boost their knowledge in a particular area. Usually, related to their career. A survey of people who have completed a Coursera module reported that 26% found a new job and 33% saw a tangible benefit for their career. Of these career builders, 87% report a career benefit of some kind. The tangible career benefits include getting a raise, finding a new job, or starting a new business. The intangibles involve enhancing skills for a current job or improving your abilities to land a new job.

EdX started out the year by announcing an Online Masters of Science in Analytics (OMS Analytics) degree, in partnership with Georgia Tech. This is the first degree launched by edX and the second one by Georgia Tech. GT’s first MOOC-based degree, the Online Masters of Science in Computer Science (OMSCS), began in 2013, in partnership with Udacity. It only cost $7,000. Significantly cheaper than the on-campus version.

The Master of Business Administration (iMBA) from the University of Illinois was Coursera’s first-degree program. It currently has around 800 students enrolled and costs around $22,000 per student. The iMBA recently graduated its first cohort of 69 students. Those learners who don’t want to commit to an entire MBA can pay for a single course or course series (Specialization) and earn a certificate without enrolling in the iMBA.

The Online Masters of Science in Computer Science (Udacity and Georgia Tech)  has around 6,000 students enrolled.

For students, the advantage of MOOC-based degrees is that many courses, which are part of the degree, are free to take. This means students can preview a part of the content before committing to anything. With the pay-as-you-go model, students are able to pay only for the courses they are currently taking. In some cases, they have the option to earn academic credit without committing to a full degree.

Other DegreeQuery work that may interest the reader: