What degree do I need to be a Forensic Toxicologist? 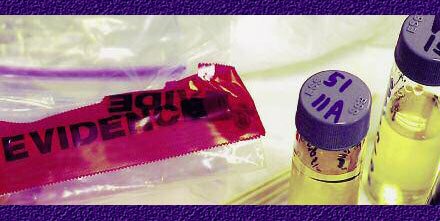 Many have seen a television episode of one of the several Crime Scene Investigation (CSI) shows. One watches the laboratory technician analyze bodily fluids and tissue samples with utmost speed. This is obviously an over-simplification of the complex process involving forensics. However, the TV shows due to their popularity have undoubtedly piqued the interest of prospective college students. Enough so, for some to consider a career in forensic toxicology.

Forensic toxicology is the use of toxicology and other disciplines such as analytical chemistry, pharmacology and clinical chemistry to aid a medical or legal investigation of death, poisoning, or drug use. A forensic toxicologist must consider the context of an investigation, in particular any physical symptoms recorded, and any evidence collected at a crime scene that may narrow the search, such as pill bottles, powders, trace residue, and any available chemicals. Provided with this information and samples with which to work, the forensic toxicologist must determine which toxic substances are present, in what concentrations, and the probable effect of those chemicals on the person.

As part of a team investigating a crime, a forensic toxicologist will isolate and identify any substances in the body that may have contributed to the crime, such as:

The associate degree in biology, chemistry or physics offers a program consisting of 60-70 credit hours. The curriculum concentrates on:

This is a four year program offered by universities such as West Chester University in Pennsylvania. Their BS degree in Forensic and Toxicology Chemistry prepares students for graduate study and specialization in this field. A typical curriculum consists of courses in:

This is not an all-inclusive list but it does cover a sampling of courses the student can expect to study at this level.

A MS in Forensic Toxicology is typically a two year program. As with most of the sciences, the further one takes their education, the greater the likelihood of being marketable in the work force. The typical master’s program focuses on general and advanced principles of toxicology, forensic toxicology and drug metabolism, pharmacokinetics (determining fate of substances from administration to elimination in the body), and postmortem toxicology.

A sampling of courses:

The Bureau of Labor Statistics (BLS) reported in 2012 that the median annual salary for Forensic Science Technicians was $52,840. They projected the job growth/change rate to be 6% through 2022; this is below average for other occupations. In 2012, there were a total of 12,900 technicians employed in this field.

More encouraging are the figures from Cedar Crest College in Allentown, PA. They report that since the inception of their MS program in forensic toxicology in 2007, over 90% of the graduates are employed in a forensic science. Cedar Crest claims to be one of the top colleges for the study of forensic science and it is one of the few accredited programs in America. This is in reference to the Forensic Science Education Program Accreditation Commission.

Forensic toxicology is not limited to city, state and federal criminal investigations, for example:

The field of forensics is vast as it entails other specialties in blood splatter, polygraphs, ballistics, DNA analysis, and accounting. However, for the student who is intrigued with being an integral part of a CSI team and chemistry is his or her forte, then this may be a career worth deliberation.